A Germany Philosopher, Dietrich Tiedemann, is the first person who conducted an observation of the psychological and linguistic development of his young son. Later on, for about a century and half, few if any significant advances were made in the study of child language. In the second half twentieth century, researchers begin to analyze child language systematically and to try to discover the nature of psycholinguistic process that enable every human being to gain fluent control of an exceedingly complex system of communication. 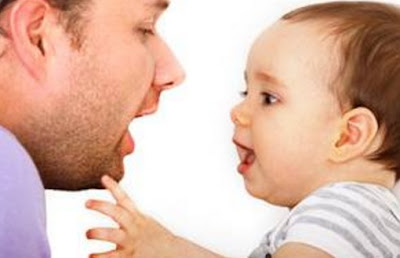 Everyone has a fantastic journey from the first anguished cry at birth to adult competence in language. as a babies, children babble and coo and cry and vocally or non vocally, as they reach the end of their first year, children make a specific attempts to imitate words and speech sound they hear around them. By about 18 months, these words have multiplied considerably and are beginning to appear in two-word and three-word “sentences” commonly referred to as “telegraphic” utterances. By about age three, children can comprehend n incredible quantity of linguistic input. And at school age, children not only learn what to say but what not to say as they learn the social functions of their language.

Behavioristic Approaches focused on immediately perceptible aspects of linguistic behavior – the publicly observable responses – and the relationships or associations between those responses and events in the world surrounding them.
Verbal behavior is one of the best-known attempts to construct a behavioristic model of linguistic behavior by B.F. Skinner. His theory – known as ‘operant conditioning’ refers to the condition in which the organism (human being) emits a response, or ‘operant’ (a sentence or utterance), without necessarily observable stimuli; that operant is maintained (learned) by reinforcement is called ‘conditioned’.

In addition, Mediation theory is another theory that based on the behavioristic, in which the meaning was accounted for by clam that the linguistic stimulus (a word or sentence) elicits a “mediating” response that is self-stimulating.

The term nativist is derived from the fundamental assertion that language acquisition is innately determined, that we are born with a genetic capacity that predisposes us to a systematic perception of language around us, resulting in the construction of internalized system of language.

1. The ability to distinguish speech sounds from other sounds in the environment.
2. The ability to organize linguistic data in various classes that can later be refined.
3. Knowledge that only a certain kind of linguistic system is possible and that other kinds or not.
4. The ability to engage in constant evaluation of the developing linguistic system so as to construct the simplest possible system out of the available linguistic input.
Universal Grammar. Positing that all human beings are genetically equipped with the ability that enable them to acquire language. UG research is attempting to discover what it is that all children, regardless of their environmental stimuli bring to language acquisition process.

Pivot Grammar is the early grammars of child language. it commonly observed that the child’s first two-word utterances seemed to manifest to separate word classes. The generative grammar of the child was describe as follow:
sentence > Pivot word + open word

PDP (Parallel Distribution Processing) is also called Connectionism said that a child’s or adult’s brain linguistic performant may be the consequence of many levels of simultaneous neural interconnections rather than a serial process of one rule being applied.